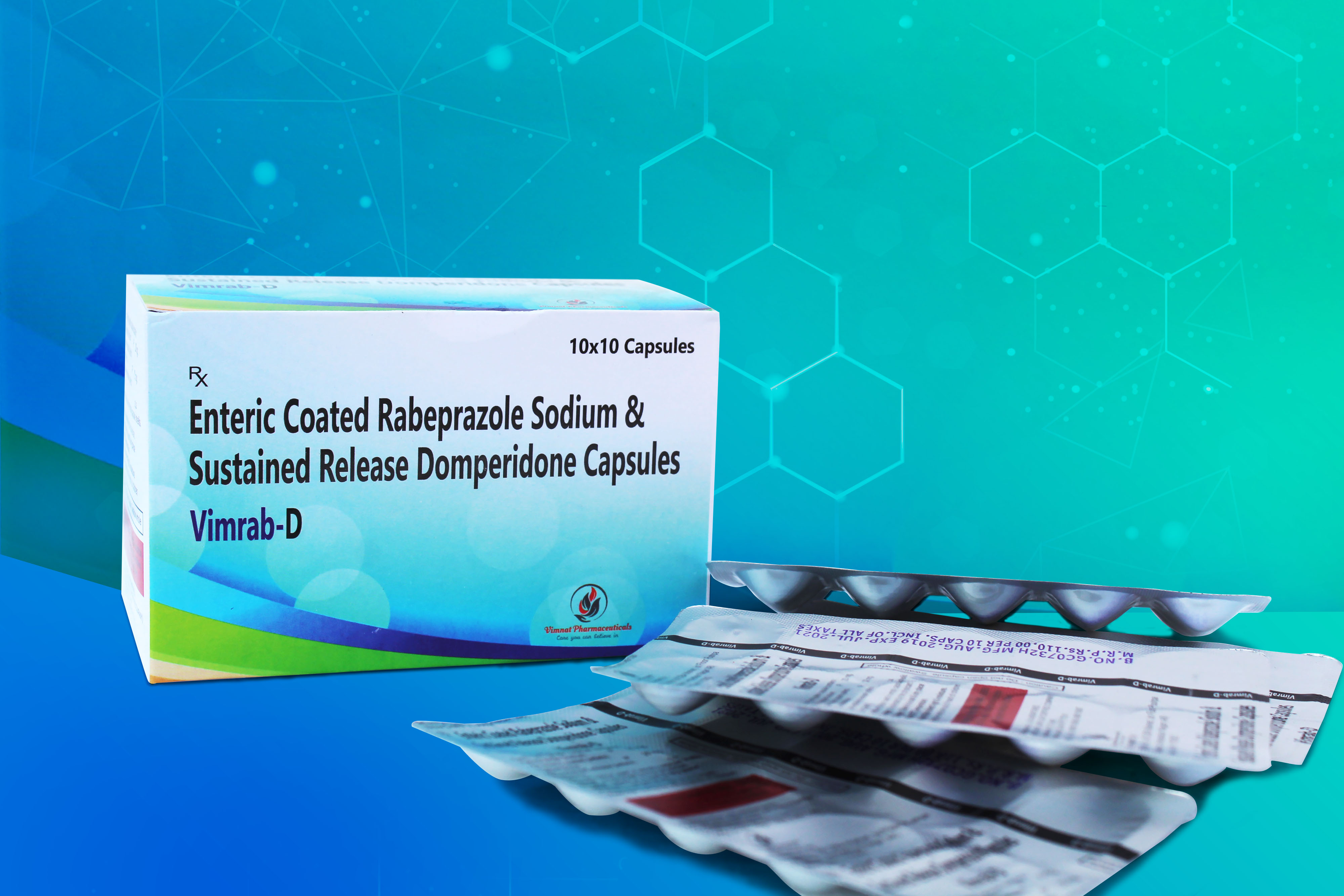 
Rabeprazole is used to treat certain stomach and esophagus problems (such as acid reflux, ulcers). It works by decreasing the amount of acid your stomach makes. It relieves symptoms such as heartburn, difficulty swallowing, and persistent cough. This medication helps heal acid damage to the stomach and esophagus, helps prevent ulcers, and may help prevent cancer of the esophagus. Rabeprazole belongs to a class of drugs known as proton pump inhibitors (PPIs).

Domperidone is also used to prevent stomach problems such as nausea and vomiting. It works to improve symptoms by helping the stomach to empty more quickly and to reduce nausea.

To be sold by retail on the prescription of registered medical practitioner only.